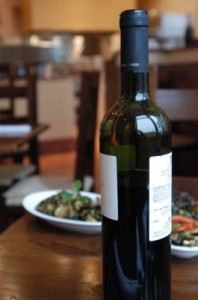 When Joe Burke Jr. opened TreVi Pizza three years ago in Glenside, Pennsylvania, he was excited by liquor sales’ robust profit margins and the food-and-beverage pairings he could promote with a curated selection of wine, cocktails and beer.

Unfortunately, Burke could not digest the expense of a $200,000-plus liquor license for his 90-seat, startup operation and embraced BYOB (bring your own bottle/booze/beer). Capitalizing on Pennsylvania’s forgiving BYOB laws, Burke has since created a marketplace niche for TreVi, one of the few establishments in its suburban Philadelphia community permitting BYOB.

“The wine flows freely here at TreVi and customers enjoy not having to pay four to five times markup on a bottle. It’s actually become a selling point for us,” Burke says.

BYOB, however, can be a tricky play for pizzerias given a dizzying array of regulations, liabilities and pinched profitability.

BYOB regulations vary from state to state and even municipality to municipality, a reality inspired by the federal government’s hands-off alcohol policy following the end of Prohibition in 1933.

Some states allow BYOB in restaurants already holding a liquor license; other states leave discretion to municipalities or even individual restaurants; still others explicitly prohibit BYOB.
In the State of New York, for instance, it is a criminal misdemeanor to permit BYOB in any commercial establishment without the appropriate licensing. In neighboring New Jersey, meanwhile, where a number of dry towns prohibit restaurants from holding liquor licenses, guests can bring in their own bottle and the restaurant can charge a corkage fee.

In Burke’s Pennsylvania, there is nothing in the state’s Liquor Control Board code that “prohibits an individual from bringing his or her own alcohol into any establishment, whether or not the establishment possesses a license issued by the Board.” Subsequently, each establishment is free to allow or disallow patrons from brining their own alcohol into the eatery, though municipalities retain the right to enact their own BYOB ordinances.

The regulatory patchwork can be confusing, particularly for concepts opening units in multiple jurisdictions.

Beyond the regulatory environment, BYOB brings a number of diverse challenges and liabilities.

Though Burke has established TreVi as his neighborhood’s premier BYOB destination, he nevertheless acknowledges that his customer counts drop after 10 p.m. on the weekends and during marquee sporting events.

“I don’t even bother opening for the Super Bowl,” he says. “Because I’m BYOB, there’s just a thinner window of time to make money.”

According to New York-based attorney Donald Bernstein, the most common mistake many operators make is simply allowing BYOB into their establishment when it is prohibited in their jurisdiction. “This is a black-and-white issue: it’s either permitted or it’s not,” he says.

Thereafter, issues abound regarding the BYOB operation’s inability to control the consumption of alcohol, over-serving, open-container laws and dram-shop acts.

In California, for example, sellers and servers of alcohol are generally not responsible in a civil suit to persons they have served, the primary exception being if they served an obviously intoxicated minor (under age 21). In other states, however, restaurant owners can be held responsible –– in a civil or even criminal case –– for over-serving patrons or allowing minors to consume alcohol on their premises.

Particularly with minors, restaurants must be vigilant and exercise the same precautions in a BYOB establishment that they would if they held a liquor license.

“You cannot just give glasses to anyone sitting at the table without ensuring everyone is of legal age,” Bernstein says.

Operators must also be mindful of the local open-container law. In New York, for instance, the law allows restaurant patrons to leave with an unfinished bottle provided the restaurant packages it in a specific way.

“Many operators don’t realize all the particulars and don’t make sure they have the necessary insurance for civil liability for service of alcohol or allowing BYOB, as there are often exclusions for alcohol-related instances,” says Stephen Jamieson, a Los Angeles-based attorney who practices hospitality-related law.

Legal experts Jamieson and Bernstein both urge BYOB operators to discover the regulatory specifics in their jurisdiction. If liquor laws are handled locally, city hall or the county seat will host the rules. If liquor regulations are addressed by the state, then the state’s department of alcohol beverage control defines policy.

“Don’t assume you know what the law is,” Jamieson says.

Jamieson counts the National Association of Licensing and Compliance Professionals as a particularly helpful resource for operators and suggests operators consult a lawyer or licensing professional familiar with their jurisdiction to gain a comprehensive understanding of their responsibilities.

Ultimately with BYOB, Jamieson urges operators to follow the sage wisdom of Benjamin Franklin: an ounce of prevention is worth a pound of cure.

“It’s smart to understand everything you need ahead of time before you to get into a deeper investment and potential trouble,” Jamieson says.

Guests were not happy.

Though Burke offered free corkage nights and a frequent corkage card, some customers called him greedy and others ceased visiting. After six months, Burke tabled the fee amid falling sales.
Beyond potential customer backlash, corkage fees also complicate employee compensation. As corkage fees typically go to the house, staff might not get tipped for their efforts in opening, pouring and cleaning a BYOB table.

“Corkage fees are a delicate balance,” DeLuca says. “Operators need to make sure their servers are not being disenfranchised and that the fee is one guests will tolerate.”