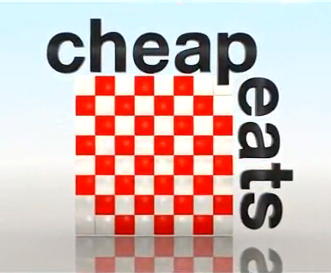 This Emmy®Award Winning show highlights inexpensive meals that can be found throughout local neighborhoods in Los Angeles.  Hosts, Stephen Solomon and Ralph Saltsman, bring the owners, patrons and their scrumptious tasty treats right to you through LA 36 and 30+ more additional stations..  Offered for the benefit of public awareness and community relations, you may view CHEAP EATS on YouTube (Cheap Eats). If you have a favorite restaurant that offers great value, let us know so we can bring you and your community closer together.  Call us at (800) 405-4222 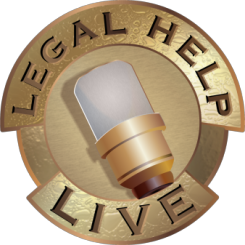 LEGAL HELP LIVE, 2013 Winner of the Star Award, is a call-in program where viewers’ legal questions are answered by the attorneys at SSJ Law plus guest panelists. The show is offered for the benefit of the public on YouTube.

If you associate live television only with the likes of Sid Caesar or Uncle Miltie, or you think the “live” in television died out in the late 1950s, think again. Legal Help Live has taken the drama and spontaneity of talk radio, added the thoughtfulness and some of the humor of a Steve Allen project and put it on television – on Santa Monica’s CityTV, channel 16 (and channel 36 in Los Angeles) to be exact.

The show features the lawyers of Solomon, Saltsman & Jamieson, a Westside firm that practices in a variety of legal fields (including even Indian gaming law; details below). Last week, this reporter had an opportunity to sit in “the studio” (also known as the Santa Monica City Council chambers) for an hour of on-air legal questions and answers, and to talk off-camera with the lawyers.

Legal Help Live is a one-hour show – airing Wednesdays at 4:30 p.m. – 5:30 p.m.in which two partners from the firm field questions from telephone callers on everything from serious traffic accident injuries to identity theft to elder abuse. Last Wednesday, February 7, Brian from Santa Monica asked about a DUI, Joe from Sun Valley wanted an update on medical marijuana dispensaries and Amos inquired as to what could be done about potholes in the San Fernando Valley, among other calls.

The show began in 2000 as a radio program on KRLA in which firm lawyers presented a moderated debate on various legal subjects from week to week, explained partner Ralph Saltsman. The station began to get calls from listeners wanting to put questions to the lawyers, and so the show evolved into the call-in format in response to audience demand. That required less preparation time than the debates, the lawyers said, but it also required a lot of thinking-on-your-feet (or in-your-seat) in front of an open microphone.

The call-in format on live television also provides an impromptu atmosphere and the opportunity for the lawyers to engage in entertaining riposte and repartee, whether it is on the subject of a caller’s question or current topics in the law which the lawyers themselves raise from time to time. Stephen Solomon, for example, tends to more conservative views (from favoring the death penalty to eating meat) while Ralph Saltsman leans more to the left. (And, lawyers being lawyers, this reporter imagines that they can create friendly disagreement on the spot.)

After the show had been on radio for about five years, CityTV manager Robin Gee and a colleague from LA’s cable channel 36 came to a studio session and later asked the firm to bring the show to television, where it has been for about two years now.

Senior partner Stephen Solomon has been practicing law since the 1960s, when he started in Santa Monica and officed in Ernie White’s insurance building at Arizona Avenue and Lincoln Boulevard. An early client who operated a local nightclub caused Solomon to develop some expertise in what lawyers call “ABC law” (as in, the California Department of Alcoholic Beverage Control), and when years later an American Indian tribe had a liquor license problem, he wound up developing expertise in Indian gaming law, and now represents several tribes.

The lawyers say that although they get “a lot of follow-up calls” from TV callers letting them know how the on-air advice worked out, the show has not really resulted in paying business to the law firm. Nevertheless, they keep the call-in telephone number live to their offices between shows, and younger associate lawyers in the firm offer advice and guidance to 25 or 30 callers a week. “We look upon it as a public service,” says partner Stephen Jamieson.

Stephen Solomon, Ralph Saltsman and Stephen Jamieson, attorneys from the Law Offices of Solomon, Saltsman and Jamieson, P.C. host the viewer call-in show, Legal Help Live on Wednesdays from 4 -5 PM PST. The program provides practical suggestions to callers as well as provides commentary and updates on current pending litigation of interest to the public. Viewers may call 1.800.405.4222 to speak to a lawyer or submit legal questions using the form below.

The program provides practical suggestions to callers as well as provides commentary and updates on current pending litigation of interest to the public.