Is Your Boss Taking Advantage of You?

In California, most employers designate their employees as “at-will,” which means that they can terminate or demote their employees whether there is cause to do so or not. However, there are numerous exceptions as discussed on this website. For example, if you were fired or demoted due to unlawful discrimination or in retaliation against you uncovering an employer’s illegal activities or the existence of unsafe work conditions, then you may have a case for wrongful termination.

There is no single “wrongful termination” law. Rather there are several state and federal laws and court decisions that define this concept. The Law Offices of Solomon, Saltsman, and Jamieson can help you navigate these laws and court cases so you can reclaim your job or file a lawsuit.

Did your employer use unfair terms and conditions to hire you just because of your age? If so, you may have suffered from age discrimination.

The federal Age Discrimination in Employment Act of 1967  and the California Fair Employment and Housing Act (“FEHA”) protect employees and job applicants 40 years of age and older when their employers or potential employers have discriminated against them. To qualify for these protections under the FEHA, your employer may be a private company, the state or local government, a labor organization, or even an employment agency, as long as there are five or more people working there. Discrimination in this context can occur when the employer requires unfair terms, conditions, or privileges of employment such as those pertaining to hiring, firing, compensation, and benefits.

Did your employer discriminate against, harass, or terminate you without cause just because you are disabled?

Two sets of laws protect victims of disability discrimination in California – the federal Americans with Disabilities Act (“ADA”), and California’s Fair Employment and Housing Act (“FEHA”). Not only do the ADA and the FEHA prohibit such discrimination, each also requires that employers make the workplace accessible to disabled employees. In other words, they must make “reasonable accommodations” for you. The ADA applies to employers whose work affects commerce and employs 15 or more employees. FEHA applies to employers with 5 or more employees and offers more extensive protection than the ADA.

Do you think that you may have suffered sex or gender discrimination? Sexual discrimination happens to men and to women, can occur between the opposite or same sex, and applies to at-will or non-at-will employees. State anti-discrimination laws as well as the federal Title VII of the Civil Rights Act of 1964 are in place to give you relief.

Gender discrimination is a subset of sex discrimination. It is often non-sexual but is nonetheless directed at you because of your sex. Examples of discriminatory comments and behaviors include employers:

1) Hostile Work Environment Harassment exists, when, in the “totality of the circumstances,” the environment is severe and pervasive both subjectively (i.e. from your perspective) and objectively (i.e. from the perspective of an average person). Courts consider how frequently the conduct occurs, how severe it is, and how and to what extent it interferes with your work when determining whether the environment is ‘hostile.’

Such harassment occurs when an employer or co-worker engages in sexual conduct or behaviors or makes sexual comments that make you feel uncomfortable at best, and scared at worst. He or she may:

2) Quid Pro Quo Harassment is when an employer, usually a supervisor, requests or demands sexual favors, or makes sexual advances, in exchange for providing job security, benefits, or promotions to the employee.

If you are being discriminated against or harassed based upon your sex or gender:

Before filing a lawsuit, one usually must file a complaint with either the Equal Employment Opportunity Commission (for a federal complaint) or the applicable state or local agency (for a state complaint) such as the Department of Fair Employment and Housing. In certain instances, the applicable agency will prosecute your case for you.

Do you think that you may have been discriminated against based upon your sexual orientation or perceived sexual orientation? California has laws in place to protect you. It prohibits discrimination against those “with traits not stereotypically associated with their gender,” such as mannerisms, appearance, speech, etc. Sexual orientation discrimination comes up, for instance, when employers enforce a dress code, permit women to wear makeup but not men, or require men and women to only use restrooms designated for their particular sex regardless of whether they are transgendered.

If you have experienced discrimination because you are transgendered, a transvestite, a cross dresser, gay, lesbian, bisexual, curious, or simply perceived as unfeminine or unmasculine, California’s gender identity laws protect you.

Did your employer discriminate against you, harass you, or wrongfully terminate you for any of the following reasons:

If you answered yes to any of these questions, then you may have suffered unlawful discrimination.
Fortunately, California protects you under its Fair Housing and Employment Act (FEHA) law, as does the federal government under Title VII of the Civil Rights Act of 1964 (“Title VII”). We typically sue employers under FEHA, as it affords more protections to our clients than does Title VII.

Racial discrimination may take many forms. Did your employer or co-worker:

Before filing a lawsuit, one usually must file a complaint with either the Equal Employment Opportunity Commission (for a federal complaint) or the applicable state or local agency (for a state complaint). In certain instances, the agency will prosecute your case for you.

Are you being discriminated against because of where you are from, your ethnicity, with whom you associate, or your accent and mannerisms associated with where you are from? You are entitled to the same employment opportunities and workplace treatment as anyone else, irrespective of your place of origin. Title VII of the Civil Rights Act of 1964 (which applies to employers with 15 or more employees) protects you from “national origin” discrimination.   In California, the Fair Employment and Housing Act protects you from such discrimination.

National origin discrimination may arise in several contexts. Has:

The California Pregnancy Disability Leave Law enables a woman to take 4 months of pregnancy leave, even if she is a new employee, and even if she does not work full time. Pregnancy leave is mandatory when a woman is “disabled” due to her pregnancy, a medical condition associated with her pregnancy, or to childbirth. A medical professional makes the determination of whether a woman is “disabled” such that she requires leave. An employer may not force you to take leave all at once. Moreover, before taking leave, an employer must permit you to take time off for pregnancy-related illnesses.

The California Family Rights Act (“CFRA”) permits some pregnant women to take 12 weeks of leave (assuming your employer employs 5 or more people and the requirements of the CFRA are met). Therefore, a pregnant woman may be entitled to take a significant amount of time off for her pregnancy under these laws – up to approximately 7 months.

Pregnancy discrimination can manifest in several ways. Did the employer:

Refuse to hire you because you were pregnant, even though you could perform all necessary job functions?

Refuse to adjust your duties so that you could keep working, such as giving you different assignments or modifying your responsibilities?

Fail to give you unpaid disability leave?

Force you to go on leave even though you could still perform your job?

Require that you to stay on leave until your baby were born or that you stay away from work for a certain amount of time?

Exempt pregnancy-related health expenses from your health insurance plan, refuse to reimburse such expenses, or require a larger deductible as compared to other non-pregnant employees?

Claim that you are not entitled to benefits because you are not pregnant, even though you are married to someone who is?

Withhold pregnancy-related benefits because you are not married?

Bypass you for the awarding of a more senior position because you were on pregnancy leave?

Alter the way your vacation, pay, or benefits are calculated because you were on pregnancy leave?
If any of these situations apply, or if you were discriminated against due to your pregnancy status in another way, you may have a viable discrimination claim.

OUR RESULTS SPEAK FOR THEMSELVES:

● Judgment by Federal Court for 42,700 slot machines that were wrongfully withheld by the State of California.
● Compact Negotiations and Off-Reservation Gaming
● Internet and Card Clubs 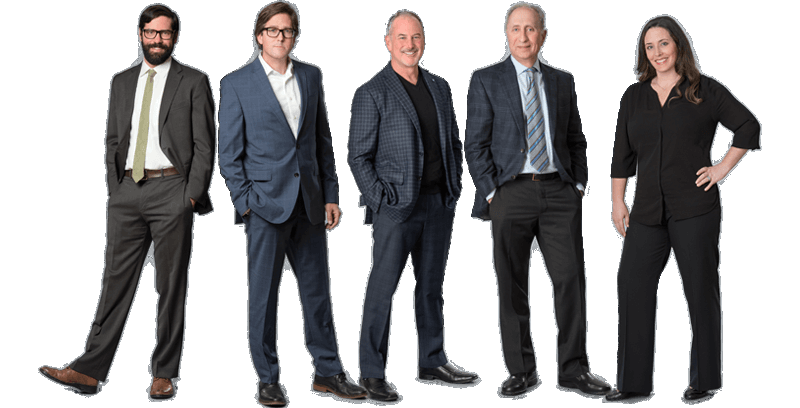