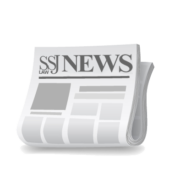 It is no secret that California has a housing crunch. The U.S. Census Bureau estimates that there are 14.2 million housing units in California, which some experts believe is as much as 30% below the state’s actual needs. One strategy lawmakers are using to address this problem is the California density bonus law.

Simply stated, medical marijuana may be property lawfully possessed and obtained, and acquiring, possessing and protecting property is a basic constitutional right in California. 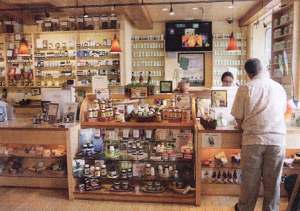 City of L.A.’s ordinance to liit the number of marijuana dispensaries conflicts with state Constitution.

The city of Los Angeles in January 2011 enacted an ordinance that limits the number of medical marijuana dispensaries and requires closure of dispensaries that do not conform with the L.A. law. The ordinance also sets “grandfathering” criteria.

At this point, the question is: Does this ordinance disallow access to Californias who qualify to acquire, possess and use medical marijuana? If so, does the ordinance violate the California Constitution and who has standing to mount a challenge?

In a historical context, the courts have been consistent that where municipal law infringes upon a protected liberty interest, that law must be narrowly drawn. Moreover, it must further a substantial goverment interest of fial as unconstitutional.

Under the California Constitution, Article 1, Section 1, the people have constitutionally acknowledged rights including “enjoying and defending life” as well as “acquiring, possessing, and protecing property.”

Both of these protected inalienable right delineated above are in play in demonstriating the unconstitutionality of all cooperative medial marijuana dispensaries from within its jurisdictional boundaries. The courts have said zoning laws are not infinite and unchallengeable. Prohibiting constitutionally protected rights cannot be justified on the pretext that the rights may be exercised in some other place.

In discussing medical marijuana, two seperately stated basic constitutional rights come into play: “enjoying and defending life” on the one hand, and “acquiring, possessing, and protecting property” on the other.

In 1996, Proposition 215, the Compassionate Use Act, specifies that “seriously ill Californians” have the right to have “and use marijuana for medical purposes” under defined circumstances. The Legislative Analyst’s Office stated that the proposition provided for medical purposes including relief of pain and easing symptoms of accompanying illness. It seems that the relationship between the purpose of Proposition 215 and the right to enjoy and defind life states and undeniable truth.

Since possession of marijuana is lawful in limited circumstances, after dismissal of an underlying criminal case, an Orange County trial court required the return of previously seized marijuana based upon the principle that lawfully possessed marijuana cannot be seized and kept by the local goverment. The Court of Appeal affirmed.

Michael Levinsohn, a criminal defense attorney esperienced in the defense of medical marijuana prosecutuions, confirms that where, as here, a constitutional right is impacted, the criminal charge must be dismissed and the patient’s property returned.

Simply stated, medical marijuana may be property lawfully possessed and optained, and acuiring, possessing and protecting property is a basic constitutional right in California. Statutory prohibitions and sanctions against possessions of parijuana do not apply to patients and caregivers.

Effective Jan. 1, state law allows local regulation of medical marijuana dispensaries. There is no statutory authorization of a complete ban.

While several courts have wrestled with the concept of local ordinances being preempted by state law, no court has discussed the issue of the constitutionality of a ban of medical marijuana as a liberty interest protected by the California Constitution.

It should be noted several other approaches challenging local municipal prohibitions against medical marijueana dispensaries have failed. However, in none of theses cases idid the court analyze the effect of Article 1, Section 1 on consumers’ rights to acquire and possess lawful medical marijuana.

For Example, a Riverside Appellate Court in 2011 upheld Riverside’s ban on marijuana dispensaries. The court rejected a preemption argument stating that state statutes at issue did not disallow a municipality’s ban. The court did not attempt to weigh the effect of Article 1, Section1 on Riverside’s complete ban. The court did not approach the controversy in the contect of protecting a liberty interest. The California Supreme Court has just granted hearings to reivew two key cases where marijuana dispensaries were restricted by situes.

The conflict between medical marinuana dispensaries and municipal control is far from concluded. Many legal theories are yet to be tested, but based on the Supreme Court’s affording protection against total bans of matters involving a liberty interest, any ordinance, including L.A.’s, which explicitly or by application acts as a complete prohibition of medical marijuana clinics must fall.

Ralph B. Saltsman, Stephen Warren Solomon and Stephen Allan Jamieson are partners in the law firm of Solomon Saltsman & Jamieson in Los Angeles. Along with their partners who contributed to this article, Bruce Evans and Ryan Kroll, the authors practice in the area of land use, zoning, administrative, personal injury and constitutional law.

PICO RIVERA — A city board decided Thursday that El Rodeo nightclub should be allowed to keep its entertainment permit if the business’ owner agrees to new operating conditions drawn up by the city and the Sheriff’s Department.

El Rodeo owner Henry Aguila agreed and said he was pleased with the board’s interim proposal.

The decision ended a lengthy hearing by a three-member city License and Permit Hearing Board on whether to revoke El Rodeo’s entertainment permit due to an alleged history of violent acts on its premises during the past 10 years.

Aguila earlier had told the board that without an entertainment permit he would have to close the club on Washington Boulevard.

He said Thursday’s board proposal “means we don’t have to prolong this mess.’

” I think we can work with the city to satisfy their concerns.’

Lt. Michael Rothans, the sheriff’s representative on the board, came up with the conditions that include changing the club’s closing time from 2 a.m. to 1 a.m., reducing the occupancy limit from 800 to 600, limiting parking to the club’s parking lot and asking security guards to wear yellow jackets so they can be easily identified.

Asking the club to comply with new conditions would represent a compromise to the more harsh permit revocation, said Rothans. He said he has concerns that city and law enforcement officials did not meet with El Rodeo at the first sign of violence.

“There should have been more formal meetings with all the major players after (a) shootout with security guards in 2002, instead of boiler plate language in the conditional use permit,’ he said.

Rothans proposed looking at the issue six months from now, after meetings on the new proposed restrictions have taken place.

El Rodeo’s attorney Bruce Evans drew up some conditions that he said El Rodeo could abide by. They include not holding any rap concerts at the venue, a written dress code to be posted at the entrance, installing turnstiles at the entrances and asking security guards to wear uniforms to be easily identifiable.

Concurrently, the city Planning Commission has been considering whether to revoke El Rodeo’s conditional use permit on grounds similar to the License and Permit Hearing Board.

The Planning Commission will discuss the fate of the club’s conditional use permit at its next meeting on March 28.

The License and Permit board will meet again April 19. By then, city staff will have had a chance to review all the proposed new operating conditions and to also know the Planning Commission’s decision.

Prior to Thursday’s hearing, Evans attempted to look at every sheriff’s incident report since the club opened to prove his contention that officials inflated the number of calls-for- service, from 259 to 330, and that many of the calls should not have been linked to the location.

“The city pulled a fast one in these hearings and made it all about calls-for-service to the sheriff’s whether there was a problem or not,’ he said. “I dispute all the evidence it has put forth.’

City Attorney Ruben Duran called several sheriff’s deputies to testify about incidents at the club to which they had responded, to prove the level of violence.

Duran contended there is extensive evidence of guns, gunbattles and assaults that have occurred at El Rodeo.

Solomon, Saltsman & Jamieson are attorneys practicing in the areas of ABC law, ABC Appeals Board cases, and all related Land Use Matters such as City and County Conditional Use Permits, Variances, Police and Fire permits, Entertainment law, and Gambling Law; as well as Business and Personal Injury litigation. Solomon, Saltsman & Jamieson can be reached at 800 405 4222.”