END_OF_DOCUMENT_TOKEN_TO_BE_REPLACED
0 0 ssjadmin https://ssjlaw.com/wp-content/uploads/SSJLaw-Attorneys-Logo530.png ssjadmin2017-08-28 08:05:272017-08-28 08:05:27“Whether you are near UCLA or USC there needs to be amazing coordination between LA CITY GOVERNMENT land use laws and STATE ALCOHOL BEVERAGE CONTROL to obtain an Alcohol license”

Fun Food & Where to Find it! The Single Best Dish to Try in 18 Different LA Neighborhoods

Sacramento’s Indian casino scene could soon get more crowded. With two casino projects on the horizon in an already bustling market, tribal operators old and new will have to offer entertainment and other amenities to retain the loyalty of customers in what experts say is a gaming market that will soon reach a breaking point. […]

Last September, Governor Jerry Brown signed AB 1732, a bill requiring all single-stall restrooms in the state of California to be designated “gender-neutral.” It is the nation’s most inclusive restroom-access law, and it went into effect on March 1. “When we heard of people going to restrooms being harassed, of not feeling they could use […] 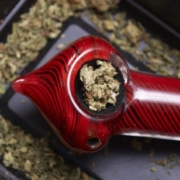 The attorneys here at SSJ Law are proud to have recently published an article covering the marijuana civil rights movement that is sweeping across our country which was recently featured by Metropolitan News-Enterprise. Marijuana Is Here to Stay Legal recreational marijuana has been the dream; politically and literally. This fall as individual states from the […] 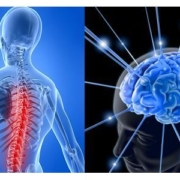 Traumatic brain injury (TBI), a form of acquired brain injury, occurs when a sudden trauma causes damage to the brain. TBI can result when the head suddenly and violently hits an object, or when an object pierces the skull and enters brain tissue. Symptoms of a TBI can be mild, moderate, or severe, depending on […]

Jennifer started working at Solomon, Saltsman & Jamieson while she was in college in order to explore her interest in the law and prepare for law school.  Jennifer attended law school at Whittier College.  She graduated with high honors and in the top of her class.  After law school, she accepted a position as a […]

LOS ANGELES Dec 4th, 2015 Solomon, Saltsman & Jamieson, known in the daily fantasy sports and eSports world as SSJ Law, has weighed in on the upcoming decision, expected to come down as early as next week, from Judge Manuel Mendez regarding the legality of daily fantasy sports under New York law.  The lawsuit follows the announcement […]